Tomorrow is November 1st, and I’m not doing NaNoWriMo this year (National Novel Writing Month, a thing where you write 50,000 words during November). I have done and won NaNo for the past five years. Five is a nice round number, and I’m proud to have finished and reached my 50,000 word goal every single time I’ve attempted it. As it turns out I already had a pretty strong streak of “Reach the finish line at any cost!” even before I started doing foot races. Back in 2014, my NaNo project was this cool little urban-fantasy book about a lady trucker and a telepathic dragon. I still think it’s a cool little book—though with the current draft at over 100,000 words, it’s not such a little book at all. And every year since 2014, November has meant a brand new project and a whole lot of writing energy… directed away from that cool little book that I’d really like to finish. So I want to write in November, but instead of starting a brand new book that might reach 50,000 words without even figuring out what it wants to be when it grows up (did I mention NaNo 2016 and 2017 were basically plot and theme disasters?) I want to really focus in and move forward on my existing project. I want to do the type of writing and editing and fixing that isn’t easily quantifiable by word count, and I want to finish the ending and create a readable draft. So that’s November goals this year. I also have a few other creative projects that I don’t want to completely abandon for the month, so it makes sense and feels right to keep moving forward on what inspires me right now rather than doing something new just for the sake of doing it. But for all of you out there gearing up for NaNoWriMo 2018, I wish you the very best of luck!

Also, a note on today. The temperature was just below freezing when I woke up around 5:30 am. On a workday I would have already been at work, or at least hurrying in that direction from my all-day parking spot a ten-minute walk away. Today I had the option of curling up into a warm bed and going back to sleep…but instead I got up and #JustShowedUp for the first time ever to a 6:30 am free fitness meetup in a city park. It’s called Portland Sweat Project and it wasn’t as scary as a TOTALLY new thing since I knew most of the crew from my run club, but it was still really early in the morning. I’m generally not a morning exercise person, but within minutes of sprints and squats and pushups and burpees I felt awake and alive and took off my parka because I wasn’t even cold anymore. Then we ran around city hall and played duck-duck-goose (with squats and planks) in the square and took a picture with some pumpkins at the farmer’s market. Winter is bad but I learn over and over again that going outside and moving and sweating and running with your friends is pretty much always the correct choice. 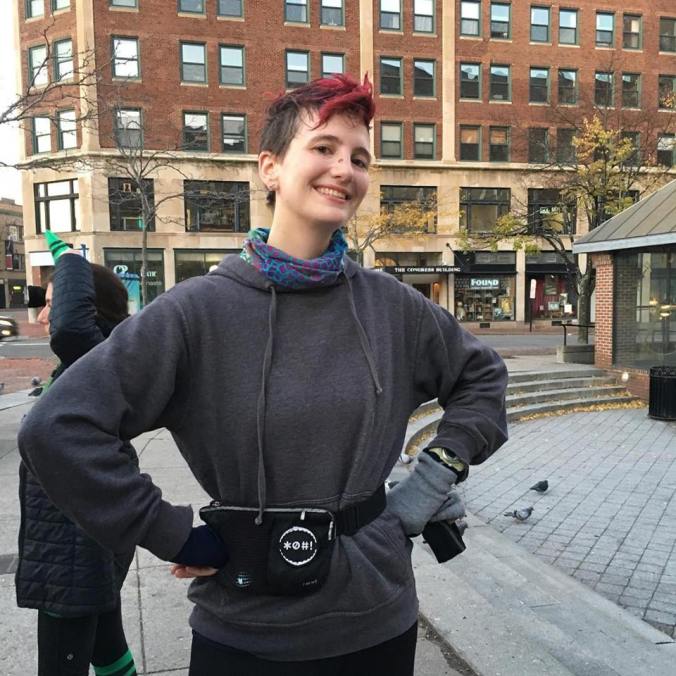 One thought on “November Goals and Portland Sweat Project”