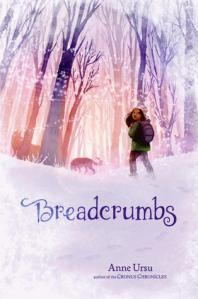 I’m reading Breadcrumbs by Anne Ursu. I’ve seen it around and was very drawn to it because of the cover (isn’t it fantastic? I mean, the composition, the colors, even the typeface!), and I finally picked it up from a local library last week. It’s a book for younger readers, and I’m only about a third of the way in, but so far the writing is incredible and the story is poignant and there are illustrations (not by the author, but illustrations nonetheless), and it’s basically everything I could want from a book. I’ll let you know what I think of it as a whole when I finish it in a few days!

Also, I have an Art Thing for you today! 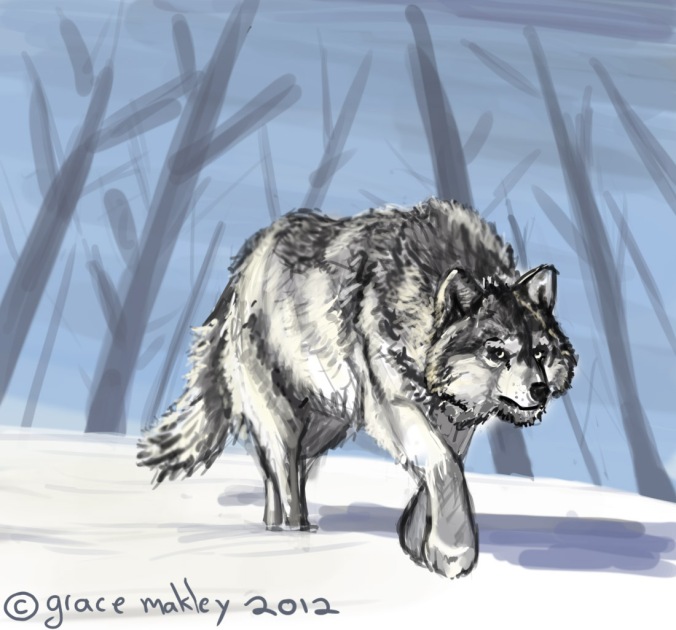 Still sort of in sketch mode, but it’s a wolf! I actually started something else last night that I planned to post here as a sketch, but then that something else got complicated and it was impossible to post it anywhere without putting a lot more work into it, so I started a simpler picture of a wolf this morning. Wolves are relevant to Wanderlust because (spoiler!) a few show up in chapter nine. I know I’ll want to include them in an actual Wanderlust illustration, so I thought I’d start practicing. I haven’t been drawing much all month, so this was good for me, and also fun. The wolf itself was referenced from an internet photo, and with the background (still pretty sketchy, I know) I tried to do the same thing with the trees that happens on the cover of Breadcrumbs.

Oh, and Happy Independence Day! Fireworks are newly legal in Maine, and there is a fireworks store (complete with giant inflatable gorillas standing in front of it) in my tiny, tiny town. My dad and I went and bought a pretty good stash and lit them off in our driveway. It was a good time!

Have a lovely evening.

“There are three rules for writing a novel. Unfortunately no one knows what they are.” – W. Somerset Maugham